Don’t spray and pray when you email

Mass email blasts are a staple for many businesses, from large corporate entities down to small Mom-and-Pop shops. They act as that friendly nudge to your followers and customers that keep them updated on products, events, special offers, and the like.

And while it’s true that they can also be effective in your prospecting efforts, that doesn’t mean that the style and messaging that you use should be the same in both camps.

When you market, you already have an established relationship with your customers to the extent that:

Prospects haven’t had those experiences yet. More than likely, they’ve never heard of you before, much less asked to receive your messages. So, if you took the same approach to prospecting by sending a broad, promotion-style email that talks solely about your company (or worse, sounds like it’s making a sales pitch), don’t be surprised when a lot of people don’t respond, aren’t interested, or ask to be unsubscribed.

In other words, says Marketing Profs, don’t spray and pray. 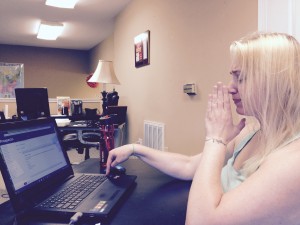 Make your automation appear less generic, and more personalized. Become more targeted in the prospects you reach out to. Grab their attention by using language that relates to their job functions at their companies, not as it relates to what services you offer. Let them know you want to learn more about them and their business first, rather than wanting to know if they’re in the market to buy now.

This softer, less threatening approach will allow you to warm your best prospects up to a phone conversation where you’ll be able to determine if they’re really a fit for your services.